I would like to install Buzzmath on my children’s tablets. What plan should I get?

Our expert talks: who wants to be a Millionaire?

Our expert talks: who wants to be a Millionaire?

In his last article and our very first video “Our expert answers”, our expert Sunil Singh shared his view about 21th Century Math education and new concerns about making your students travelers and not tourists in the land of mathematics. Now he’s focussing on some kind of very long journey… those of brilliant math minds!

And stay tuned, a new webinar will follow! Meanwhile, let’s tell us how do you proceed to reveal Math genius among your students!

How to release the mathematical genius in everyone! 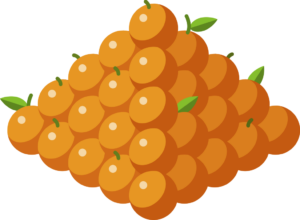 Have you ever been in the produce section of a supermarket where the arrangement of spherical fruits like oranges look so tidy and…perfect! Well, not only is this arrangement aesthetically pleasing to our eyes, it also is the one that makes the most mathematical sense in terms of optimal stacking. We have to go back over 400 years to the time of Johann Kepler, when he made the conjecture that the best way to stack spherical objects – although his muse was cannonballs not oranges – was to put them in a pyramid formation.

And, while the conjecture makes sense visually speaking – which is often a good start – there still often remains a yawning gap between an academic hunch and mathematical proof.

In the case of Kepler’s conjecture, the proof was only finalized…two years ago! That’s four centuries of intense work by some of the greatest math minds – including Gauss – to crack a math puzzle that your grocer plays with everyday. The mathematical journey that is involved is beyond the scope of this blog, but knowing that the proof is 300 pages long should be enough to convince you that to construct proofs in mathematics is like writing beautiful, long poems of reason and logic.

Mathematicians devote their entire lives to solving problems for the sheer joy of being immersed in the universal idea of discovering truth about the simple and complex nature of our world. It is not for fame or fortune. That being said, The Clay Institute of Mathematics offers one million dollars for a solution for each one of its Seven Millennium Problems. And, while that might seem like a lot of money, the societal ramifications and applications that would come about would dwarf the seven-figure prize immeasurably!

The Riemann Hypothesis, a conjecture about the distribution of prime numbers, goes right to heart of numbers, perhaps even challenging our current idea of something as simple as multiplication! That sounds both exciting and unnerving! There is even now a successful Kickstarter game devoted to all things prime – Prime Climb.

Prime numbers – 2, 3, 5, 7, 11, etc. – are the mathematical atoms that comprise the construction of all other numbers.  And as such, a number is prime or it is not prime. There are only two considerations. Yet, we have no definitive proof that prime numbers follow some kind of pattern, as bizarre as that pattern might be. Sometimes they skip by two, sometimes by 4, and sometimes by…96. It makes no sense on a cursory inspection, but a deeper probing into the world of complex numbers is where we currently sit at trying to reconcile this 157 year-old math problem. 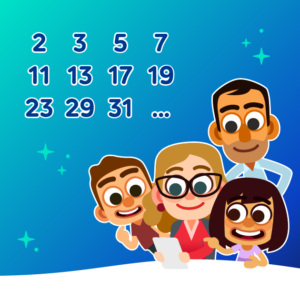 The patterning of primes is not only an irregular heart beat, that beat gets fainter and fainter as you go along the number line towards infinity. Yet, in spite of this puzzling distribution and a frequency that will eventually come close to being almost silent, many of the world’s greatest mathematicians continue to work feverishly on prime numbers – looking for any clues that will eventually reveal one of the greatest mysteries of the universe. The beat/rhythm of primes!

Another baffling problem that has stumped the math community is one regarding the possible limitation of computers.

Well, let’s say I ask you to give me the factors of the number 15.. You would say “5 and 3” rather quickly. What about 1251401? Hmmmm…that got hard all of a sudden – but that’s not even a really hard one! But, a computer could crack out the answer pretty quickly of “691 and 1811”. However, if I gave you the answers, you would have no difficulty checking it. Are there problems so hard that even a computer cannot solve – but could easily check if given a solution?

Well, that is the foundation of this classic mathematical problem. Are there two sets of problems, one easy to solve and easy to check AND one that is only easy to check? Or, are we just missing something? Are we not finding the secret passwords and backdoor entries to these excruciatingly hard problems, bolted shut, and impenetrable – even by computers?

Well, if you think you have any insight here, you may want to join the legion of thousands of brilliant math minds that are trying to crack this walnut of staggering thickness.

This Millennium problem is referred to as the P vs NP problem – even sounds like an epic battle!

The Simpsons, groundbreakers in 20th century television, have also been armed to the teeth with writers that are Harvard math graduates. That is why even over twenty years ago, the show was brilliant enough to pay homage to the important math question in one of its Treehouse of Horror episodes.

A classic problem that fits this domain is the traveling salesman problem. Again, always start with a simple situation. Let’s say the salesman – should perhaps upgrade this to “salesperson” to be more gender neutral – has to travel to 5 cities. It wouldn’t take long to find the shortest path in terms of distance to visit each city exactly once. However, if you ramp up the number of cities to 500, all of a sudden the problem grows to something quite daunting. Oh, but rest assured, there is a solution! It’s just that we might have crossed a threshold of the limits of computers – maybe.

And, as like finding factors of large prime numbers, if a computer was given the solution to this mind boggling path, it could easily be checked to see it is the shortest traveling distance.

Next time: What The Digital Revolution In Learning Did To Analog Math Education

Simon wonders …. how can he optimize the quantity of paper needed to wrap a present?

Did You Know that Grades 3 to 5 Are Available on Buzzmath?

How to monitor your students’ progress with Buzzmath?