From chalkboard to Buzzmath: the direction of education

The People Behind Buzzmath: Sunil

Our expert talks: Math Education in the Digital Age #2

Our expert talks: Math Education in the Digital Age #2

In this article, our expert continues his discussion of how the Digital revolution has influenced  learning methods by unveiling new ways of awakening curiosity and interest in education. Don’t miss Sunil’s video on the topic next week. In the meantime, feel free to share with us your thoughts on what Math education should be like today.

What The Digital Revolution In Learning Did To Analog Math Education: Part II

The explosion of social media over a decade ago has dramatically and permanently changed the vision of what mathematics is and should be.

It was free. Free of political meddling. Free of design limitations. Free of conflicting philosophies. Free of self-serving agendas. The liberation of the most fundamental and important truth in our universe–mathematics–was going to finally be displayed with its entire spectrum of colours!

But, truth be told, schools have been burdened by the weight of mathematics — its breadth and depth has invariably been too much for education to swallow in its even seemingly long 12 years of exposure. The evidence of this has been the disconnected, incoherent, biased, and cherry-picked topics that have recycled themselves in most mathematics curriculum — what Lockhart calls “a confused heap of destructive disinformation”.

Discovery and exploration, hallmarks of every critical finding in mathematics, have almost been shaded into obscurity by inert rules and regulations. Mathematics with a vague history that must be endured is mathematics without magic, imagination and curiosity. This probably would have been the eternal fate for mathematics — had not the Internet arrived for all of us in the mid 90’s.

And thankfully, due to a combination of the maturation of the Internet and birth of social media tools like YouTube, the entire history of mathematics has been illuminated, forever rescued from its Dark Ages portrayal of having no thematic coherence and artistic merit.

There are also 19 TED Talks on mathematics now, some even referencing the expiration of education’s representation of mathematics. On Twitter, there are hundreds of amazing math-based pages to follow — many created by the new vanguard of math educators. 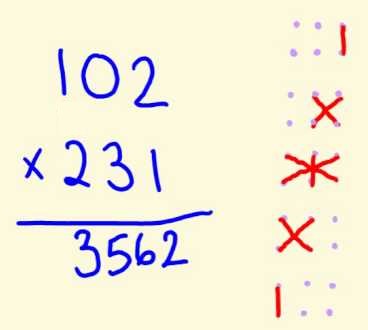 Parallel to this renaissance period of math information, has been the most fertile time for whimsical and colorful exposition for math books. Titles like The Mathematical Secret of The Simpsons, Love and Math, and The Joy of X now crowd the burgeoning math section of stores like Barnes and Nobles. More than a decade ago, most math books would have been arid offerings, covering grade improvement topics on how to get better at algebra or trigonometry.

If Math education was written as Star Wars, then this is definitely the period of The Force Awakens, a time of blitzkrieg illumination by a growing band of brilliant mathematicians. This new vanguard could even be called Guardians of the Mathematical Galaxy. They have finally found their time and space, and mathematics is the most alive it has ever been.

Understanding and using social media is no longer a desired asset in communication. It is an indisputable prerequisite to have ideas and messages seen and heard with color and clarity.

Most math classes lumber through horribly procedural methods when dealing with, for example, trigonometry. Often weeks are expended in examining this topic that needs only a fraction of that time — searching for mathematical diamonds often yield to dusting off lumps of coal. In a recent online Business Insider article, 7 animated GIF’s perfectly explained the essence of trigonometry in 1 minute better than any protracted exploration done in high schools.

While schools enjoy their Pi day celebrations on March 14, the Internet has amusing and enlightening discussions on Tau day, June 28–6.28 being a more convenient measure related to the ratio of a circle’s circumference to its radius, rather than its historical diameter.

Kids don’t hate mathematics because it is hard; kids hate mathematics because it is boring. It’s not. Never has been. It has only been reported as such. That time is thankfully gone and the cyber redemption is firing on all cylinders now. As well, the Internet has now put a clock on the chief culprits — textbooks, standardized testing, tired topics, and banal questions. The digital age not only requires an update on how we view and learn mathematics, but it now demands an overhaul of the content to reflect a curriculum that is housed with more decision-making mathematics required for the 21st century. Game theory, number theory, graph theory, binary, coding, probability with risk, utility and expectation are just some of the topics that need to find a permanent home in education. Right now they are barely get invitations for a meaningful visit.

If the fast emancipation of mathematics by the Internet after a century of unintentional incarceration by education is any indication, this clock that has been affixed to the relevancy of education’s voice in mathematics is probably not even generously literal. The iceberg is not on the horizon. It is here. The crash has occurred. The sinking is commencing. Only the bureaucrats and the most myopic educators are left eating their last meals in the slanted dining room.

Mathematics, saved by the Internet, is finally sailing with a more sturdy, powerful and majestic armada.

Related articles:
Our expert talks:  What The Digital Revolution In Learning Did To Analog Math Education: Part I
Our expert answers #3: “How should kids be learning Math today?”

The Usefulness of Mathematics in Our Daily Lives: Understanding Statistics and Data